Serco (the company I work for) had been very supportive whilst I was in hospital, keeping in touch with my parents and paying me out my annual leave, which meant that I was paid the whole time of my hospital stay and that was a huge relief.
I was fortunate to be able to return to work about 4 months after my stroke. It was difficult adjusting back to it, but Serco really helped me manage with the transition of hours until I was ready to go back to full time hours.

Overstimulation/Sensory Overload
This is something which I definitely struggled with after my stroke and still do now. I can be quite sensitive to noise levels, bright lights and crowds. I have never been someone that can deal with large crowds but feel as though it has gotten worse since the stroke. I try and avoid places or events that will have large crowds and if I can’t, I try to remove myself from the situations as quickly as possible. The same applies with loud noises. I sometimes can’t handle loud noises or just too much noise in general. I can’t avoid that at work as I work in a call centre but over time I have just learnt to deal with it better and accept it. Bright lights can really get to me, but this one is easier. For work, I have bought Blue light blocking glasses from Baxter Blue which reduce glare to provide better contrast on screens (computers & phones). https://www.baxterblue.com.au I will try and avoid bright sunlight or lights in general as my eyes can get sensitive and start hurting/fatiguing.

Fatigue
Fatigue is something I struggled with a lot. I was getting tired after a short shift and then had to travel about 40 mins home which really took it out of me. I would get home and need a nap straight away. I’ve never really been one to take naps as I feel it ruins my sleep at night but back then I was napping 2-3 hours easily. Fatigue is something I still struggle with, nearly 4 years later but I have learnt to manage it more and my body has gotten used to being back at work. Sometimes, I feel like I have a lot of energy, e.g. I will take the stairs all day and sometimes I feel like I just can’t be bothered and become lazy. Those are the days where I will try and push myself to snap myself out of it, but I still know my limits and know how far I can push my body before it starts to shut down.

Memory
Before I had the stroke, I had a good memory. Whilst in hospital, it was very poor. The doctors would tell me something and then the second that left the room, I would have forgotten what they had said. My memory seemed to improve after I was discharged from Rehab and I would remember a lot more, I would remember what was said in conversations or things that had happened again. Now days, I feel like it has gone in reverse. Sometimes I won’t remember what someone has just said to me and sometimes it’s as if I have no memory problems at all.

Becoming Overwhelmed
This is something I have struggled with since going back to work. When I first went back to work, I was still fatiguing quite easily and would get overwhelmed quite quickly even with my short shifts. It took me awhile to get used to being back at work again. I can get quite overwhelmed when there is a lot to be done or even when more than one person is trying to speak to me at the same time. I’ve had some bad anxiety attacks since being back at work because I’ve become so overwhelmed. I just must remember to breathe and just try and get through my shift and that this won’t last forever.

Disclaimer: The above is based on my experiences and are my opinions. What works for me may not work for others. 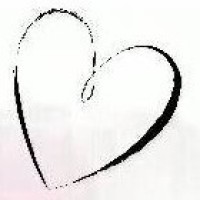